Like the old Bob Dylan song, The Times They Are A-Changin Neil Davis has experienced first-hand changes to how Australians view and commemorate the end of life. For more than 25 years he has worked as a funeral director for Simplicity funerals.

During his time as a funeral director, Neil has seen a variety of changes with the biggest one being a move away from clergy-led services to a funeral celebrant. He’s seen the rise in cremations rather than burials. A recent development has been toward direct cremations where people may or may not have a ceremony. Neil says more often memorial services are being held at a time/location convenient for families. He believes the funeral ceremony is not only to pay respect to the person who has died, but it is an integral part of the healing process for mourners.

Technology has changed funeral services. Neil says through music and videos, the personality of the person who has died can be celebrated. Live streaming now enables people who may not otherwise be able to attend a service to pay their respects. Commemorative videos of the ceremony ensure loved ones can go back, reflect and mourn in private.

Neil and Beth were the co-facilitators of Brisbane Death Cafes. During this time, he realised how little the general community understands about death and funerals. Throughout his career, Neil has always been intrigued by the stories of people’s lives and how no two people are ever the same. While Neil may have vast experience with funerals, he always empathises that it may be the first for a family or friendship group. He remembers how important every person is within their community. 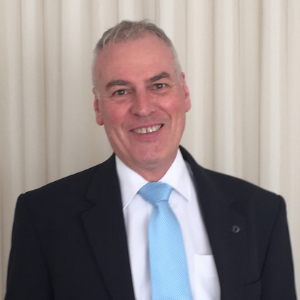